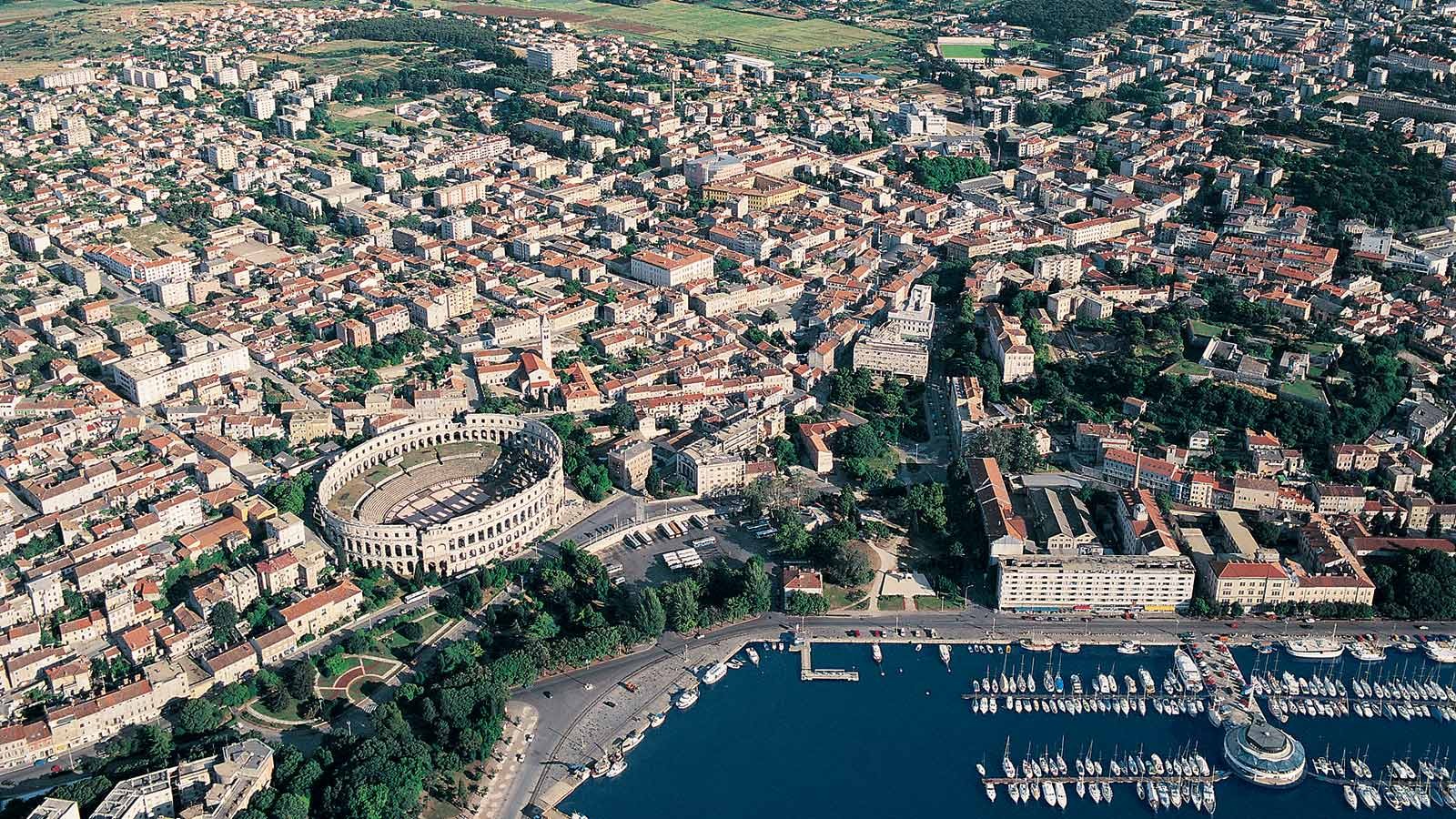 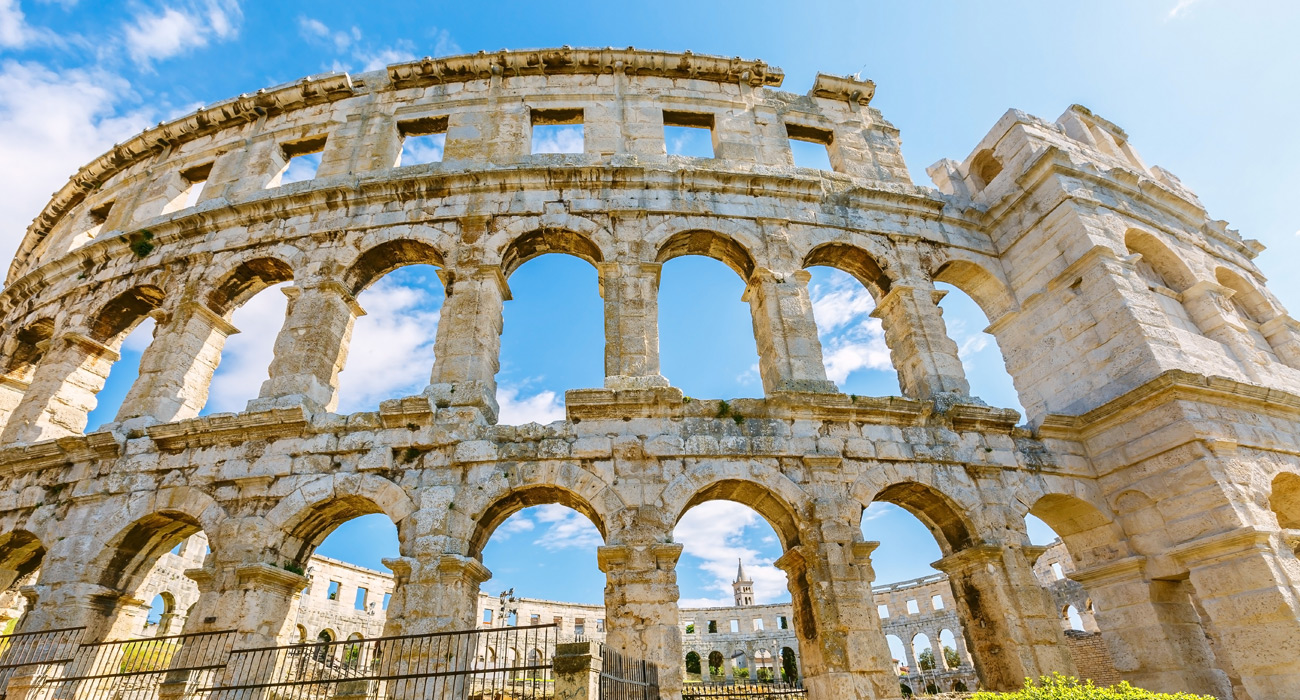 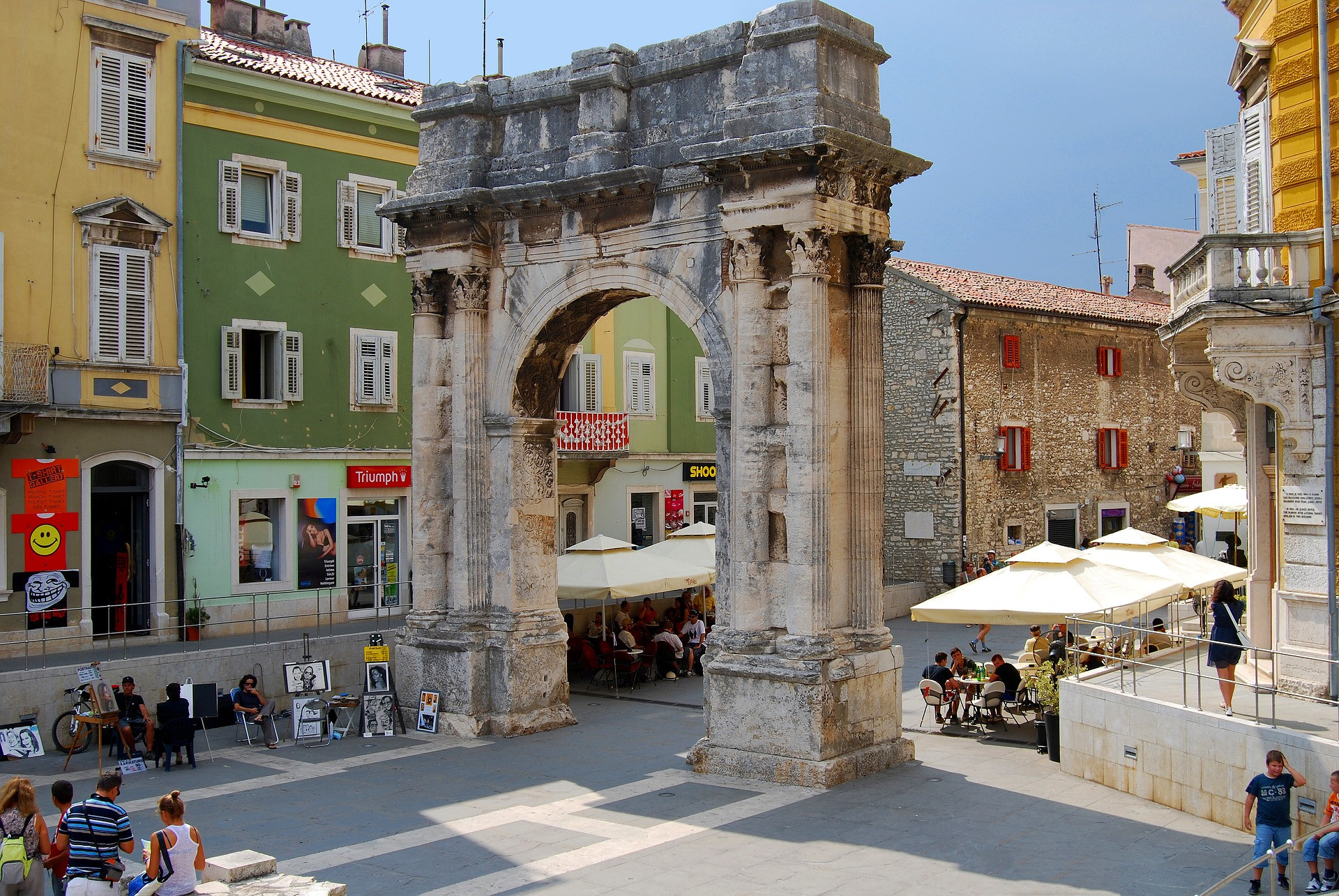 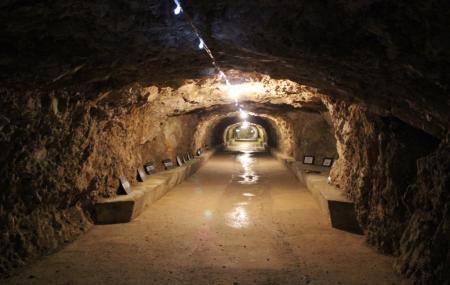 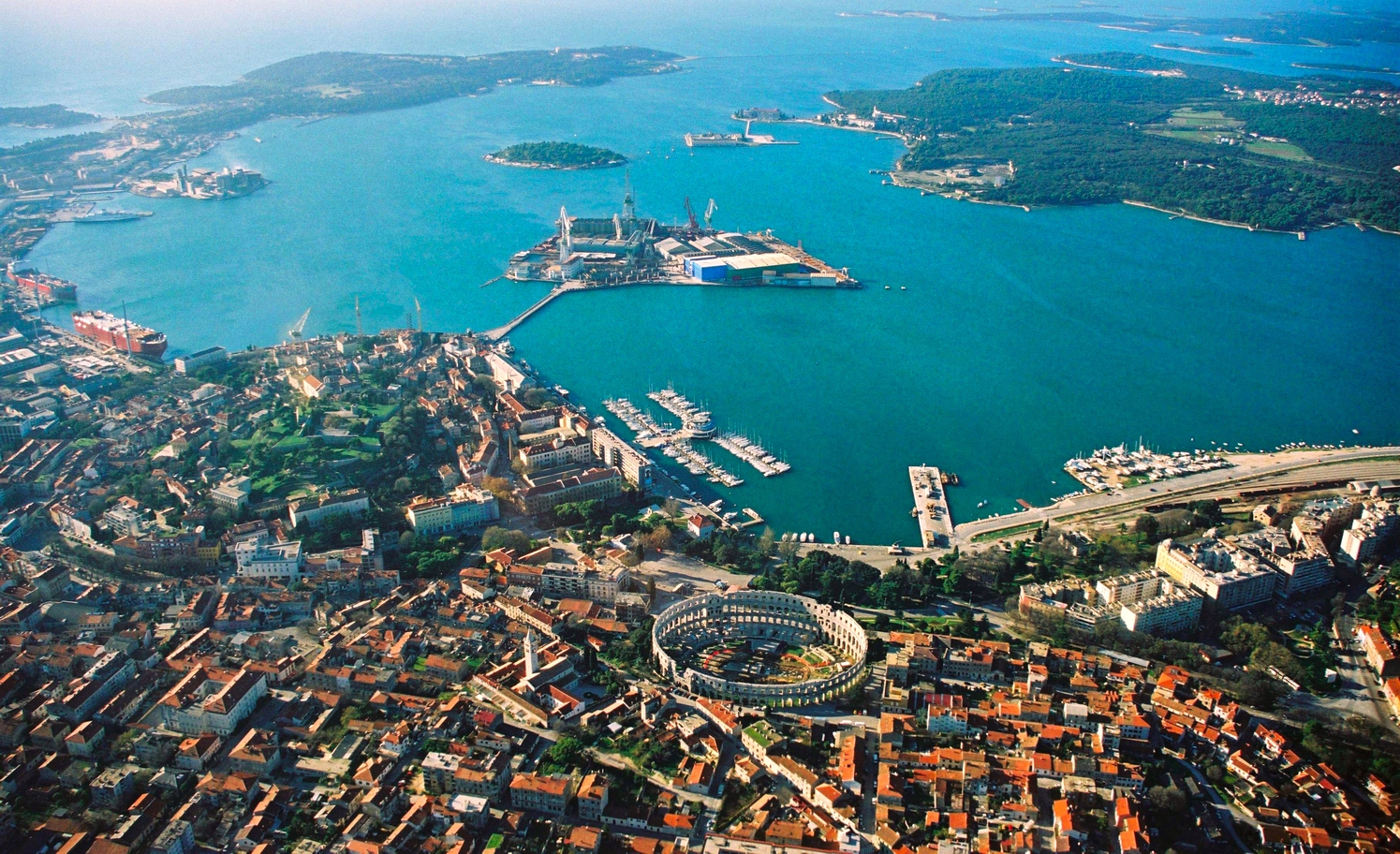 Discover Pula and its three-thousand-year-old history. BarBoska recommend the following itinerary: (1) Leave for Pula at about 8:00 and park the car on the parking place near the Roman amphitheater (Arena) (2) Take a tour of the Roman amphitheater (Arena) (3) Optional but very nice: visit the old Pula central market with fresh vegetables, fish etc... The best time to visit it is between 9:00 to 12:00 (4) Walk  from the amphitheater (or from the central market) to the Triumphal Arch of the Sergi (5) Take the street 'Ulica Sergijevaca' up to the main square Forum where the Temple of Augustus, the city hall and the tourist office is located (6) Take a walk to the central hill of Pula 'Kaštel' where the Historical and Maritime Museum of Istria is located. There is a nice view to the City of Pula from the museum tower. We will be glad to provide you with a map of Pula and explain you the best city path to visit the above specified locations. 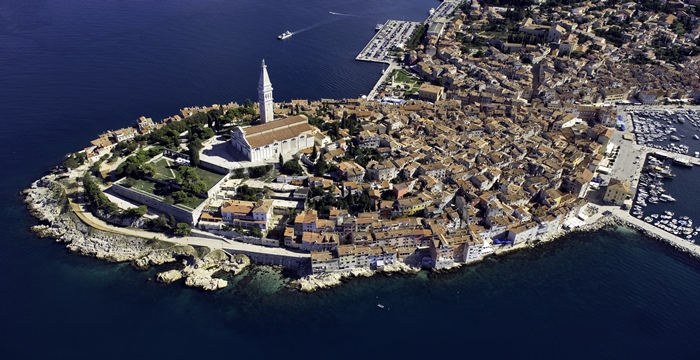 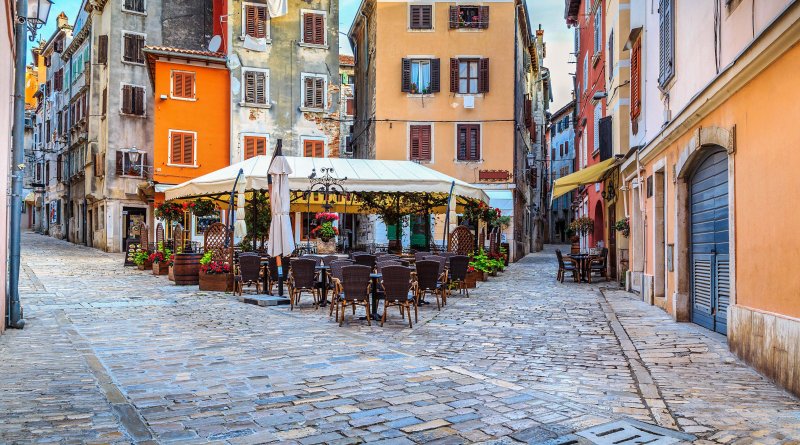 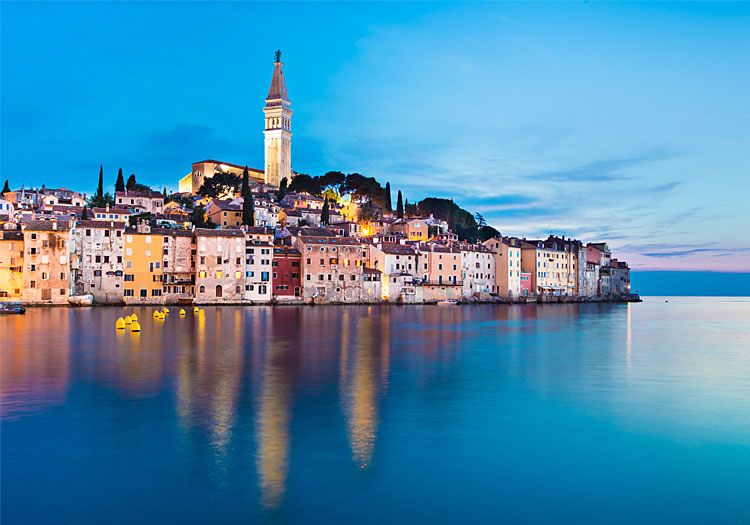 The town of Rovinj-Rovigno is the right destination for all of you who long for a sentimental atmosphere of the times long lost. Due to the lack of space, houses are closely built, streets are narrow and squares are small, still untouched by modern urbanism. A walk through these lovely little streets will take you to a distant past, so be sure to bring your camera. Once you step through the Balbi Arch and enter the old town, you will find yourselves in a different time dimension. All its lovely little streets will take you to the top of a small hill, where you will find the biggest and most significant monument in town - the church of St. Euphemia (pop. Fuma). If you want to experience the romantic atmosphere we suggest to visit the town during the evening hours and park the car on Valdibora parking place (5 minutes walking from the old town). 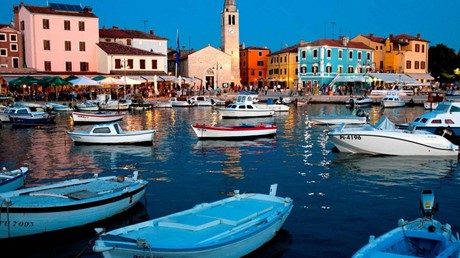 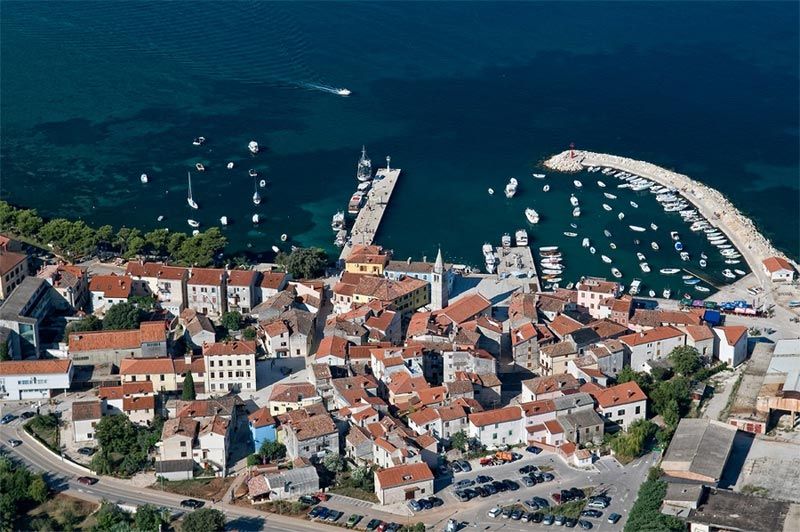 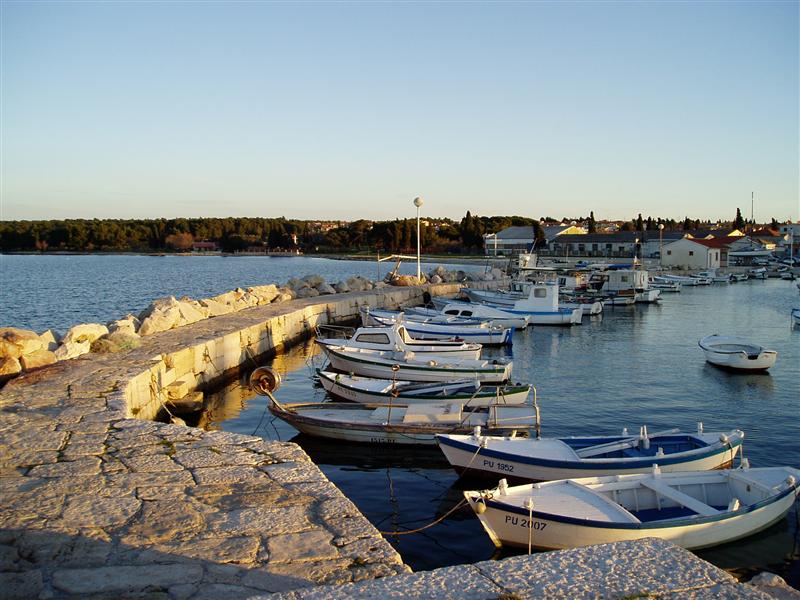 Famed for its crystal-clear sea the Fažana Channel connects Fažana and Brijuni. Here on the terra firma the fishing tradition was mentioned as early as the Middle Ages and has remained a well-known theme up to the present day. Fishing boats, dinghies and batane rocking gently along the two wharfs in Fažana; boats leaving port in the evening with their fishing lights and the morning activities at the waterfront. Fishing is part of the family bond: even today you can see the diligent women from Fažana as they clean and mend fishing nets after the fishermen return from sea. Pilchard, anchovy, mackerel… This is the most frequently caught fish in Fažana’s fishing nets! Pilchard is included in nearly every catering offer of Fažana and Valbandon. Both with its heart and offer, the tradition of this fishing-tourist town is turned towards the sea, calling out to skilled local fishermen, children and their parents, tourists and modern Argonauts. It is an invitation to the authentic atmosphere and tales of old fishermen on the luck and skillfulness, on shallows and positions, mercy of wind and waves, through stories echoing the words of our ancestors and challenges of modern times. 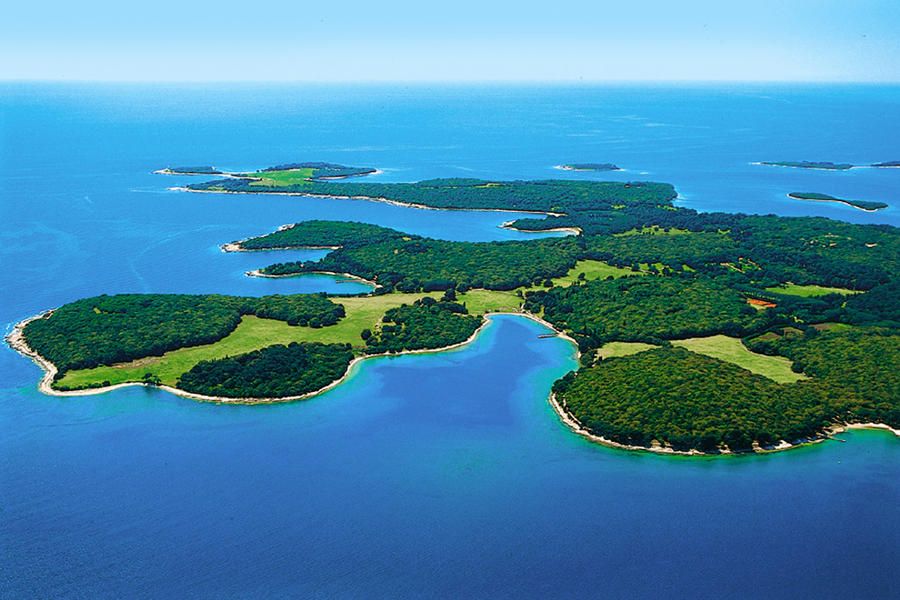 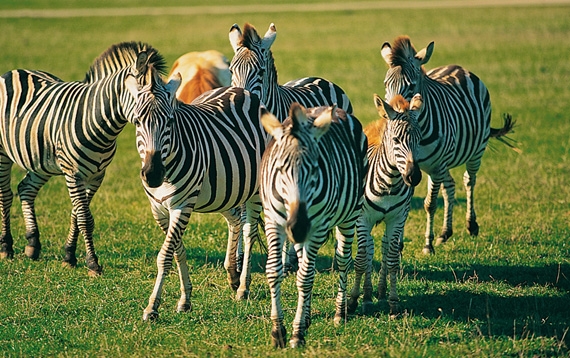 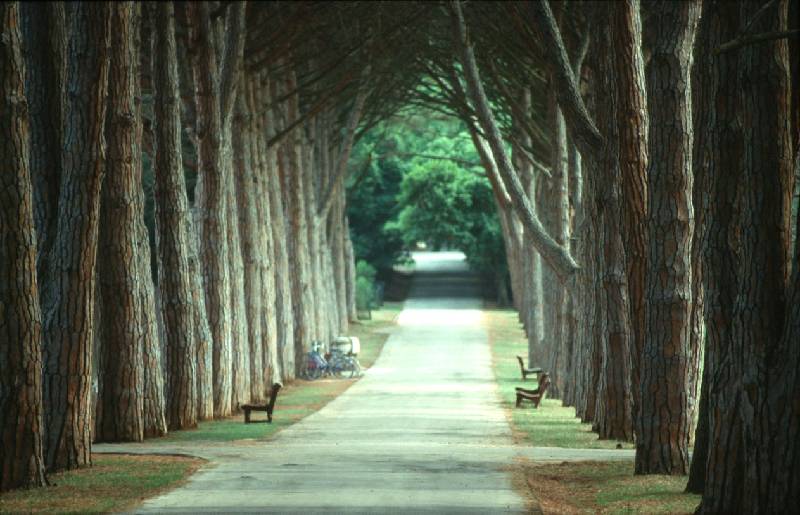 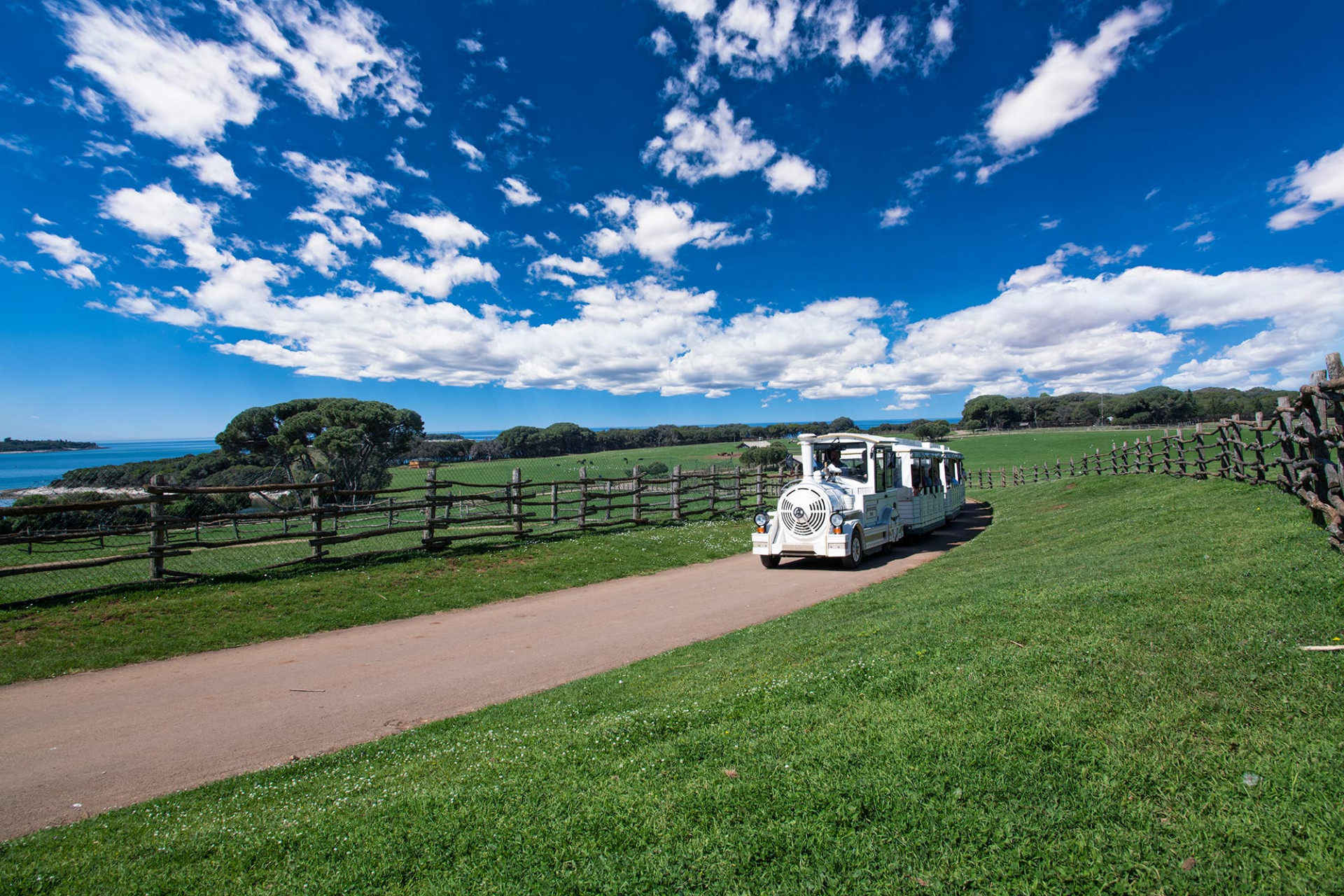 The Brijuni Islands are a group of fourteen small islands in the Croatian part of the northern Adriatic Sea, separated from the west coast of the Istrian peninsula by the narrow Fažana Strait. The largest island, Veliki Brijun, lies 2 kilometres (1 mile) off the coast. The second largest island is Mali Brijun with an area of 1.07 km², and twelve much smaller islands. Famous for their scenic beauty, the islands are a holiday resort and a Croatian National Park. At four sites on Veliki Brijun Island over 200 dinosaur footprints have been discovered, which can be traced to the Cretaceous Period from where Brijuni Cretaceous Park gets its name. On the island there is also a Safari Park, it is home to a variety of exotic animals which were given to the park as gifts from diplomatic partners. The nilgai, zebu and Asian elephant were donated as a gift from India, plains zebra and mountain zebra were given by Ahmed Sékou Touré from Guinea, waterbuck came from Ethiopia. There are also several archeological sites worth seeing. There is the 13th century AD St. Mary's Church which was built by the Knights Templar. There are also two ancient Roman villa remains, from the 2nd Century BC and remains of a Byzantine fort. The last remain is Hill-fort which indicates a Bronze Age settlement on the island dating back to 14th century BC. You also can't miss the oldest olive tree in Istria that dates back into the 4th century. This olive tree, almost 1700 years old, was many years ago hit by a thunder that divided it into two parts but did not kill it and even today it continues to produce olives after 17 centuries. 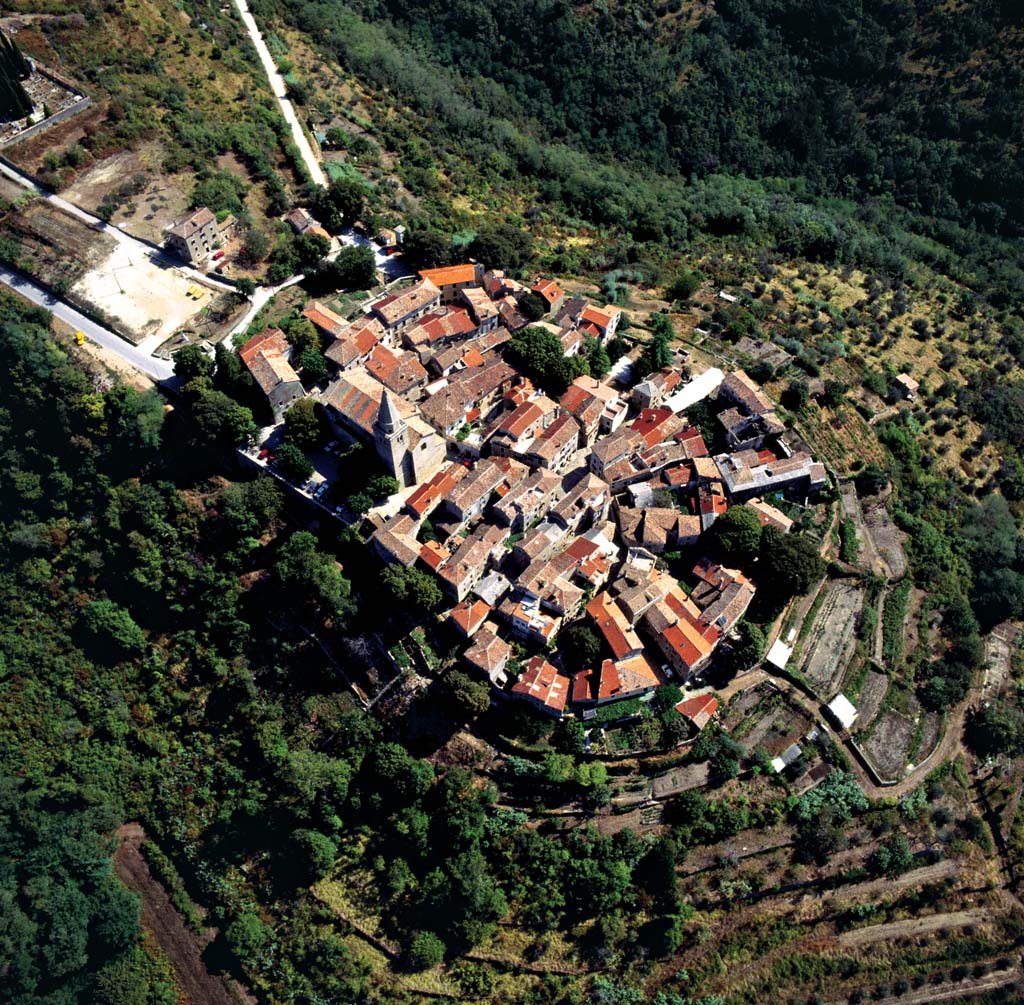 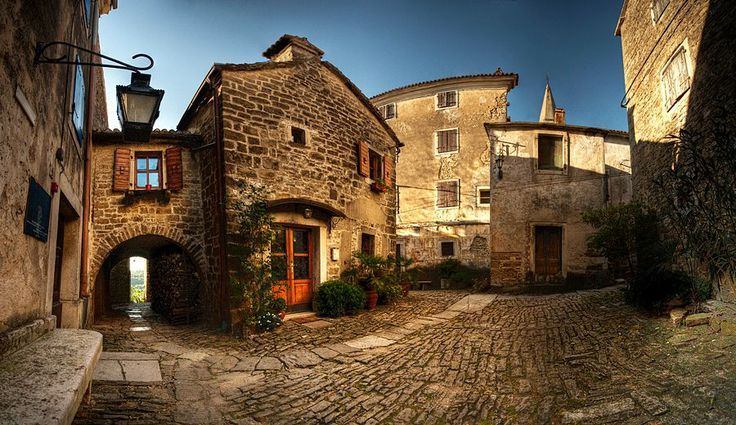 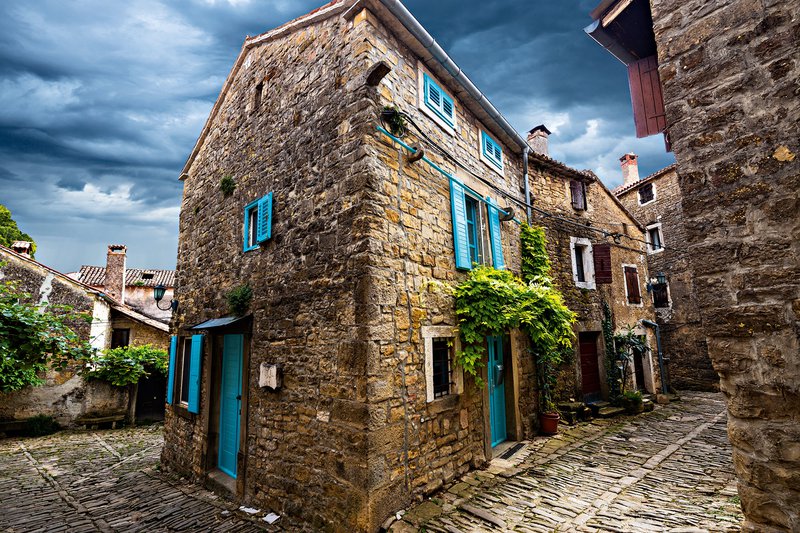 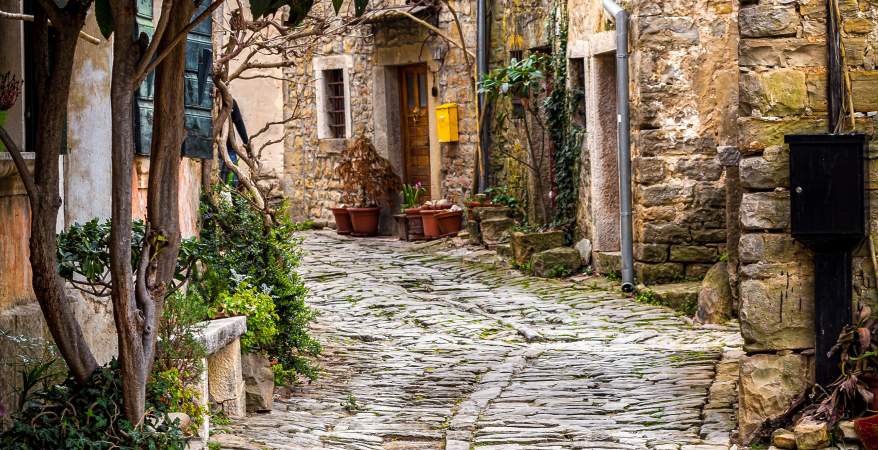 The Medieval town of Grožnjan - the town of artists and music, is only twenty minutes from Umag. A hillock surrounded by terraced olive groves and vineyards is actually a sandstone elevation formed by the down-cutting action of two streams, Kanistran and Pistion, on the ground. Grožnjan offers a view of twenty or so surrounding Istrian villages, the valley of the river of Mirna and the sea from Novigrad to Umag. Small closely built houses and the castle are a clear testimonial to its Medieval past and almost every doorway has a story to tell about the ancient Graeciniana. 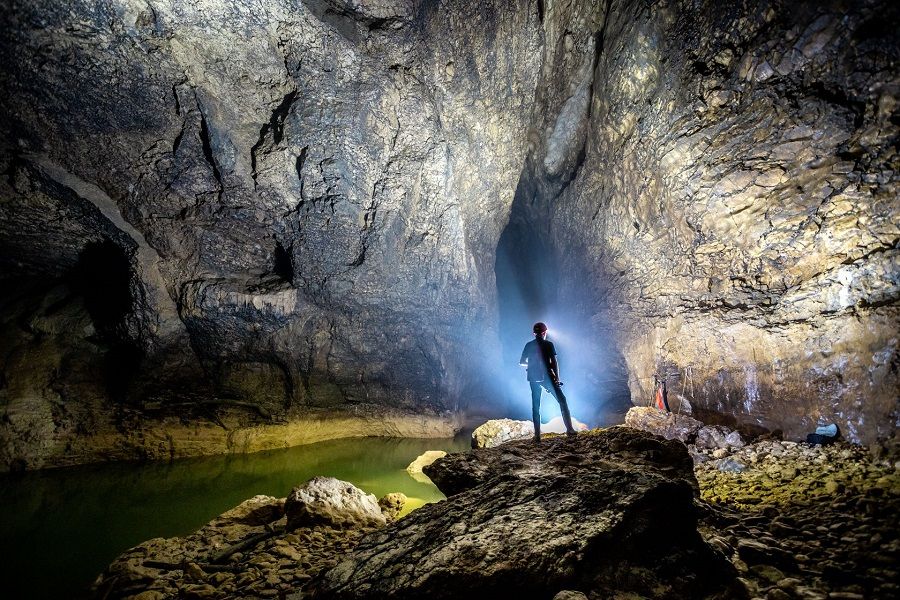 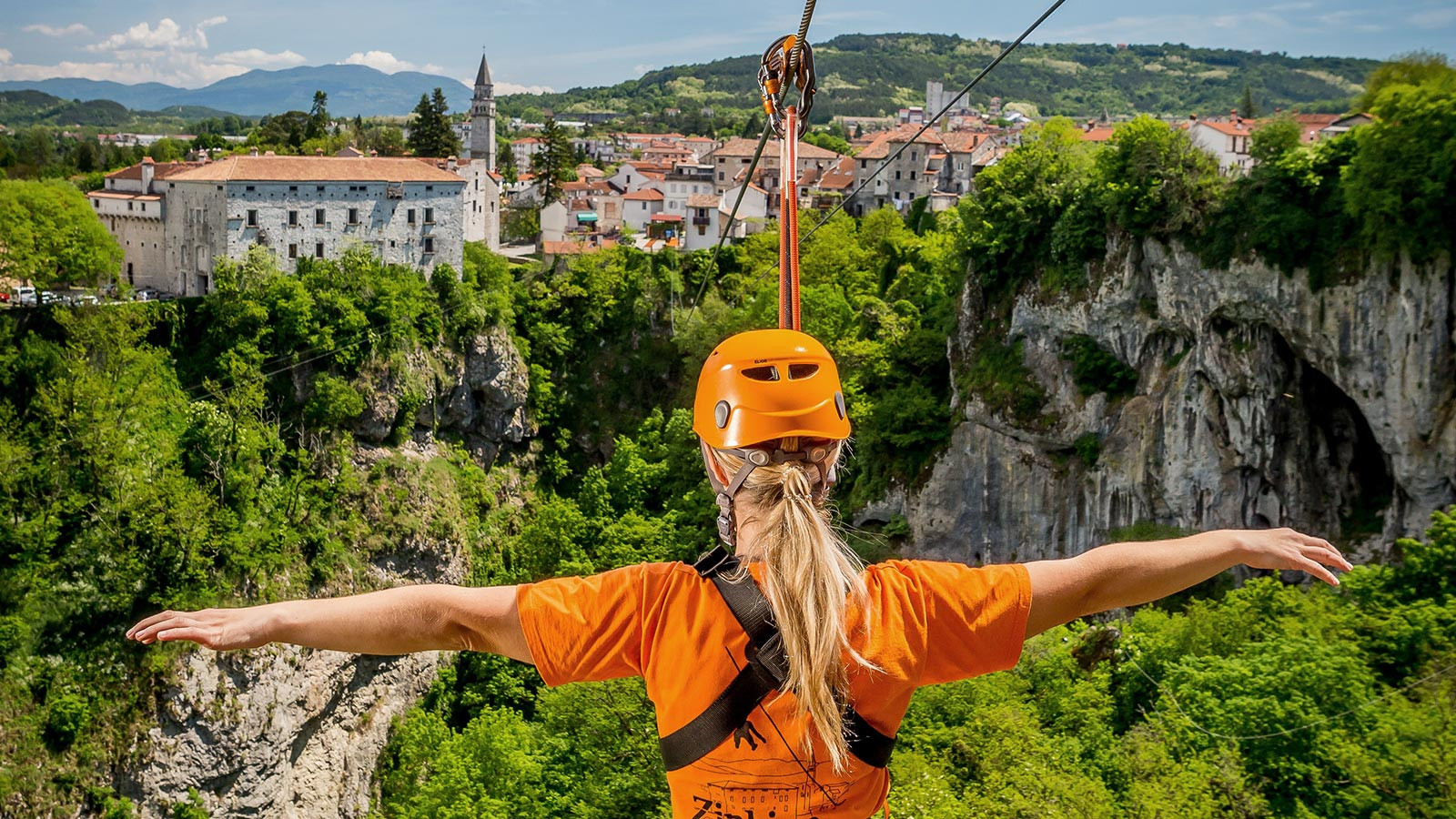 This cave is a top attraction that leaves a strong impression on every visitor - from Dante Alighieri and Jules Verne to everyone else who has had the chance to see this unique work of nature.Hundred metres underneath the largest and best preserved medieval castle in Istria, the largest Istrian karst river Pazinčica disappears into the crater of this most striking example of karst evolution in Istria and the surrounding area. The river Pazinčica forms numerous cascades of different sizes, the most interesting being Pazinski krov and Zarečki krov. Pazinčica reappears at the well of the Raša river spring.It is possible to learn and find out more about the Pazin cave by walking on the pedestrian trail. If you are a fan of adrenaline, visit the cave with experienced speleologists and explore the underground world in an attractive speleo adventure or take a ride on a zip-line over the Pazin Cave! 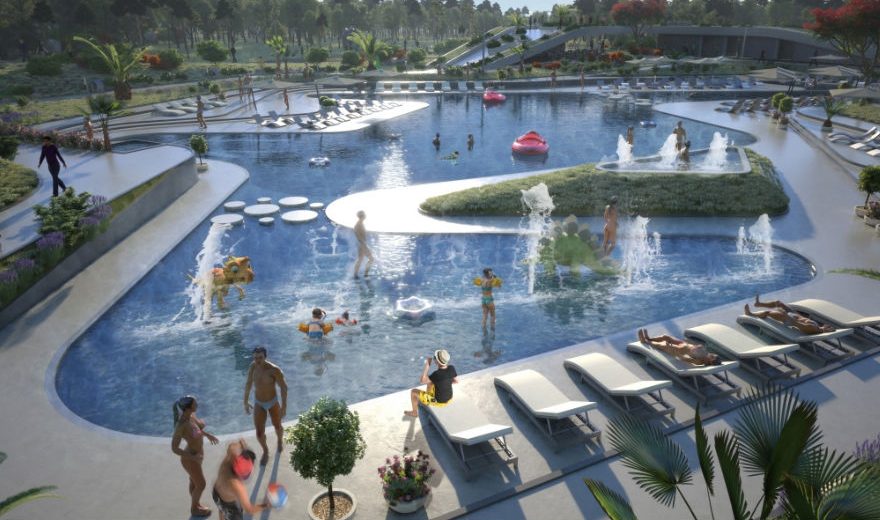 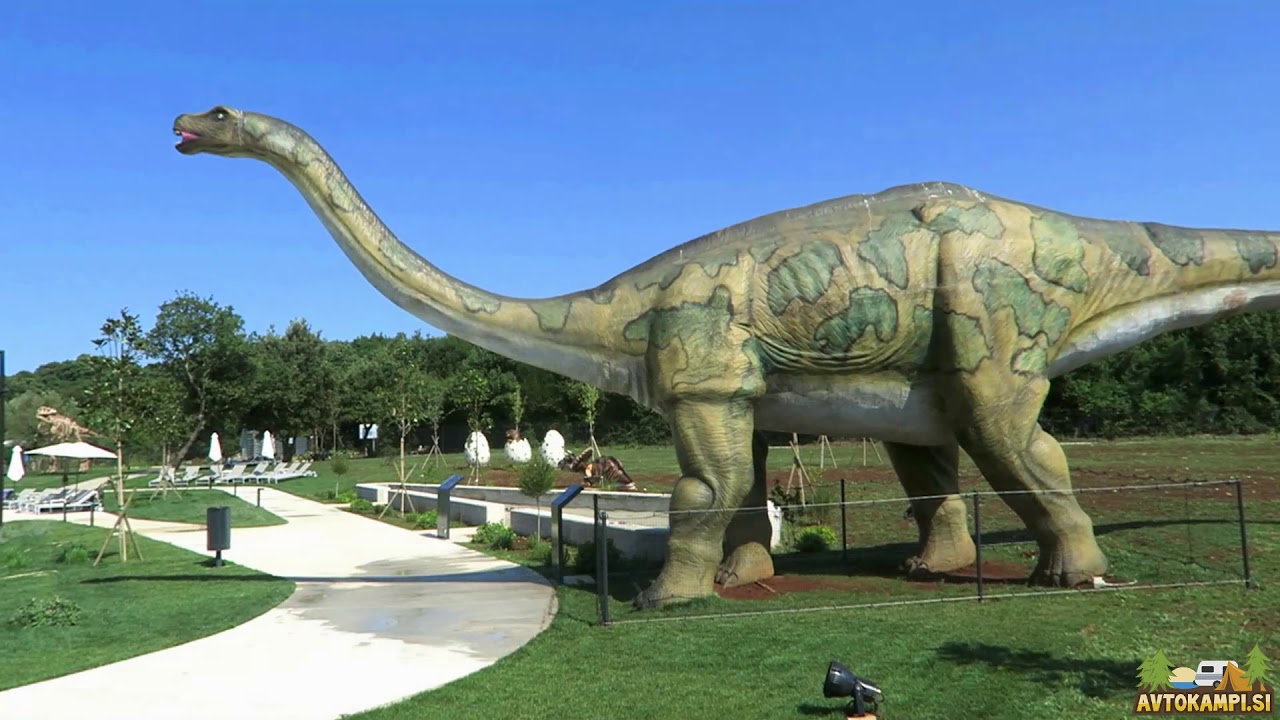 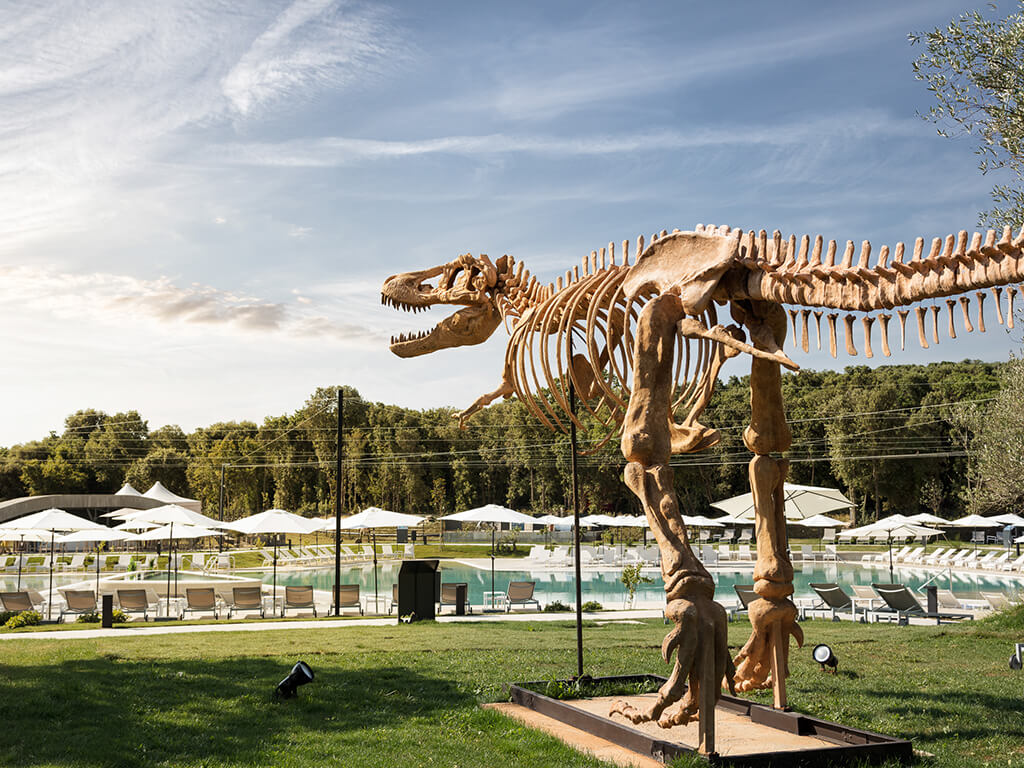 Paleo Park grew out of the idea of creating a paleontological park, primarily meant to educate, amuse, prompt curiosity and desire to explore. Considering the close proximity of the paleontological site, nature set the theme for the park. The area around the pool represents a theme park featuring dinosaur replica models in different sizes and provides an educational walk to showcase the fascinating history of dinosaurs. The Paleo Park complex is located in the camping Mon Perin area along the coast of San Polo - Colona - Paravia. The complex spreads over an area of 16.199 sqm, blending in well with the surroundings without affecting the natural shape of the terrain. The complex consists of entrance/reception area, Jacuzzi, indoor restaurant, covered outdoor bar area, bathroom facilities, sunbathing area and a souvenir shop. 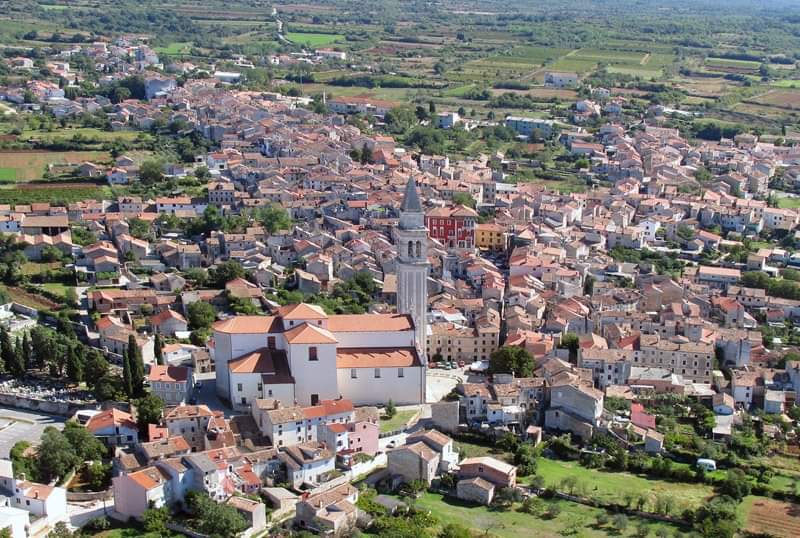 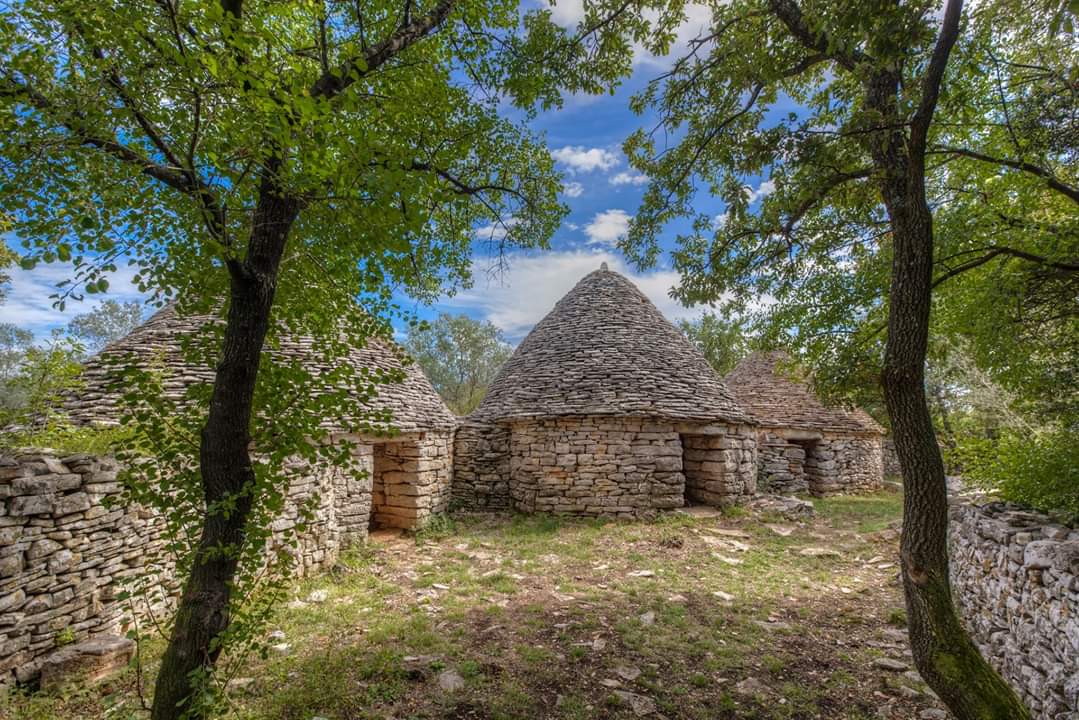 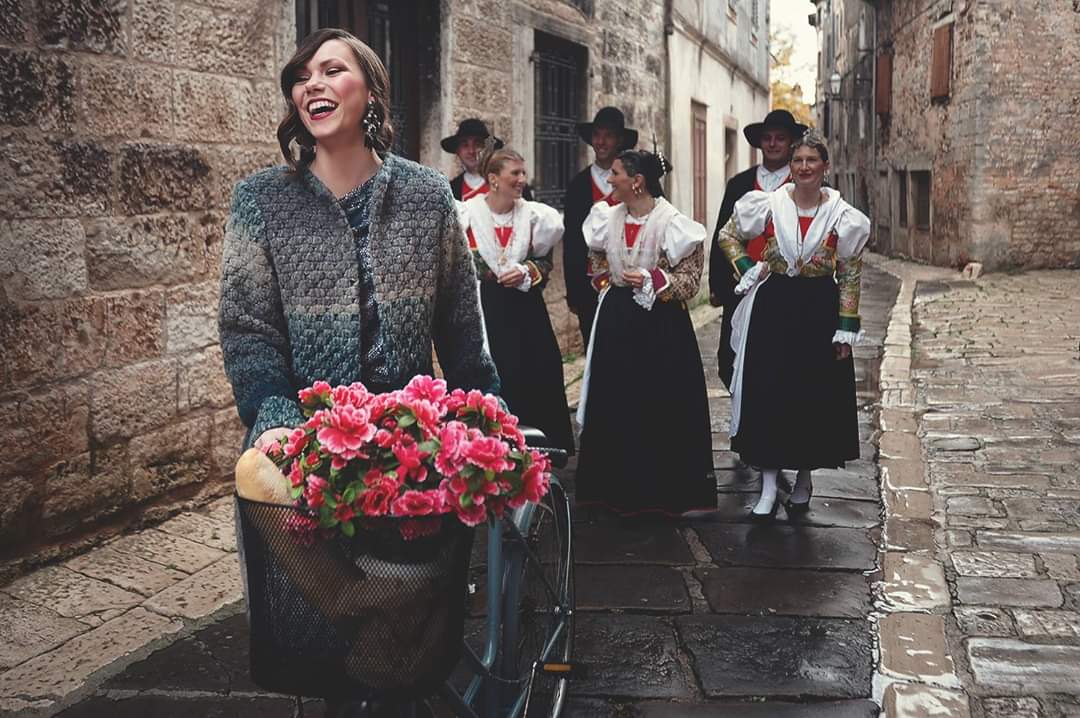 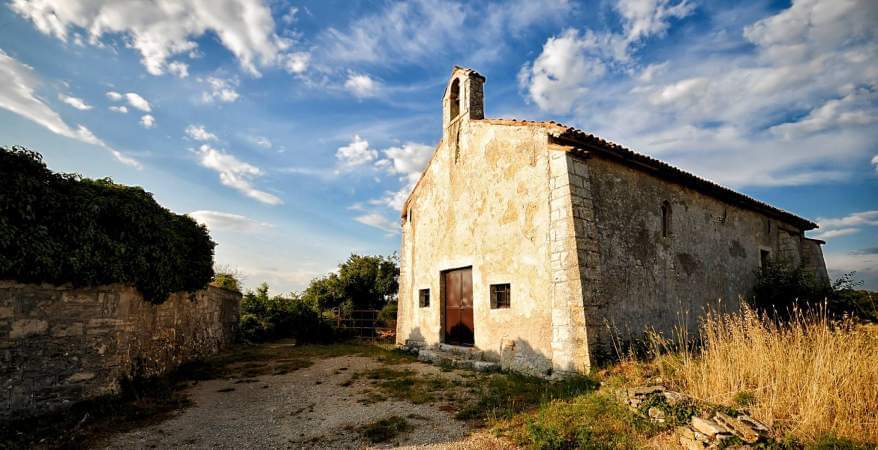 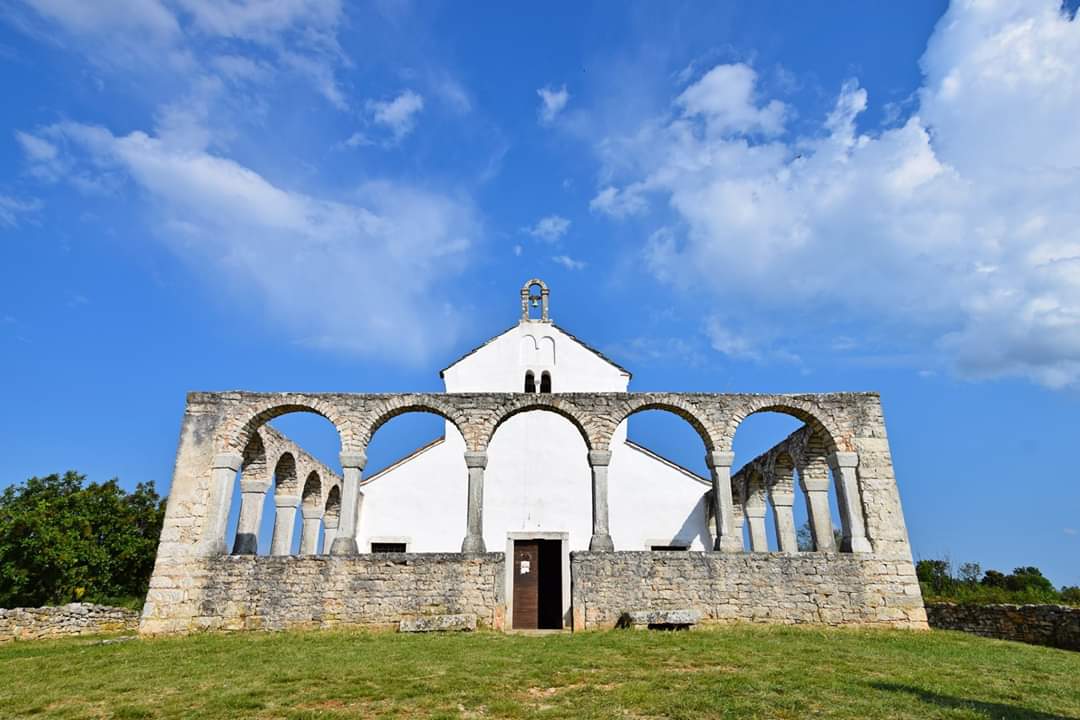 Vodnjan or Dignano ( Italian ) is a town located 10 km north of the largest ciy in Istria, Pula. In the past, Vodnjan-Dignano was an important urban center and so today this town is an interesting destination especially for those who love art and culture.Walking around the old part of town you'll be surprised by the multitude of buildings from different periods: Gothic, Renaissance and Baroque. To emphasize the family palace Bettica, the popular Castle, built in 1300, now houses the museum. Very interesting is the parish church of St. Biagio whose bell is by far the highest in Istria (62 meters). In the church are preserved mummified bodies of saints and a collection of relics.